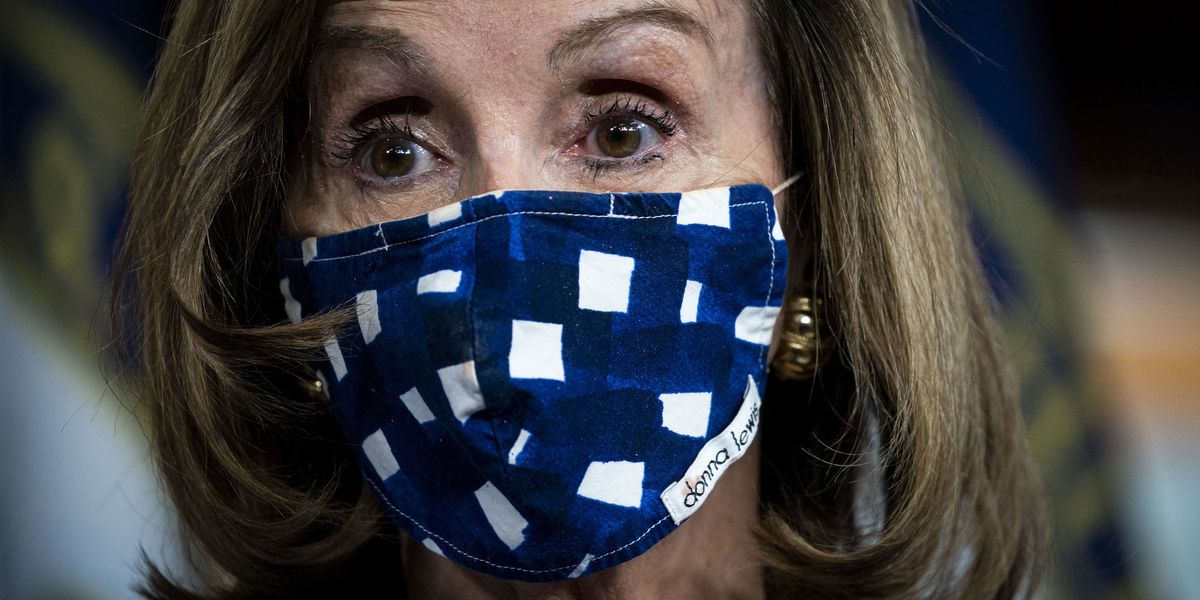 House Speaker Nancy Pelosi (D-Calif.) defensively argued that House Democrats could claim a victory in the 2020 election despite losing numerous seats and not flipping one from red to blue.

Pelosi made the argument before reporters during her weekly media briefing on Friday.

She pointed out that in the 2018 midterm elections the Democrats were able to garner 40 more seats in the House of Representatives, with 31 from Trump districts. She went on to compare the total number of votes House Democrats received against those of House Republicans and the president himself.

“Imagine nearly two million more votes than Donald Trump, and people say, ‘well, the Democrats didn’t turn out,’ no, we did!” she pleaded.

“We turned out our folks. In fact, more than three million more than the Republicans did. But as I said, in the most gerrymandered voter suppressed political arena with President Trump on the ballot,” Pelosi claimed.

“But I just wanted to show you how we related to these others,” she said.

While Democrats were able to retain control of the House, they lost many seats to Republicans despite numerous polls predicting that there would be a “blue wave” and massive turnover in favor of the Democrats. As of Friday, the Republicans were able to flip 9 seats previously held by Democrats to their side.

Control of the U.S. Senate will be determined by two runoff elections in the state of Georgia. If both Democrats are able to declare victory, the Senate will be in a 50-50 tie that will be broken by a vote of the Vice President. Victory by at least one Republican in Georgia would mean that they retain control.

In-fighting has exploded between the progressive far left wing of the party and the more moderate centrist establishment Democrats as the latter have blamed the former for damaging narratives that helped sink some candidates in competitive districts.

The Frightening Ease Of Government Overreach