The US Secretary of the Navy has floated a controversial idea that could be a gamechanger in a region which China sees as its own sphere of influence.

Just ahead of the Biden administration’s entering the White House in January, Navy Secretary Kenneth Braithwaite this week urged for the reactivation of the Navy’s 1st Fleet in order to rapidly beef up American’s maritime might in order to challenge the growing Chinese military machine.

“We want to stand up a new numbered fleet. And we want to put that numbered fleet in the crossroads between the Indian and the Pacific oceans, and we’re really going to have an INDOPACOM footprint,” Braithwaite said at the Naval Submarine League’s annual symposium this week.

Currently the Navy’s 7th Fleet is responsible for covering a massive stretch of ocean from where it is based in Yokosuka, Japan. This includes the maritime expanse from waters corresponding to where the India-Pakistan border is, all the way to Hawaii.

The 7th Fleet has some 20,000 sailors under its immediate command operating anywhere from 50 to 70 ships and submarines, along with 150 Navy aircraft. As summarized in The Drive, a numbered fleet based possibly out of Singapore would make for a greater concentration of forces able to more rapidly and effectively respond to any conflict potentially involving China:

When the Navy shuttered 1st Fleet nearly 50 years ago, it established U.S. 3rd Fleet in its place. That fleet remains active today with its headquarters in San Diego, California. Decades later, the service further redrew its operational boundaries in the Pacific, limiting 3rd Fleet’s responsibilities to naval activities in the Eastern Pacific, while expanding the role of U.S. 7th Fleet, which is forward-deployed in Japan, to cover more of the Western Pacific. The 7th Fleet is also presently responsible for overseeing operations in the Indian Ocean.

“We can’t just rely on the 7th Fleet in Japan,” Braithwaite said, and crucially added, “We have to look to our other allies and partners like Singapore, like India, and actually put a numbered fleet where it would be extremely relevant if, God forbid, we were to ever to get in any kind of a dust-up.”

And here are the part of the comments that will no doubt raise eyebrows among PLA officials in Beijing:

“More importantly, it can provide a much more formidable deterrence. So we’re going to create the 1st Fleet, and we’re going to put it, if not Singapore right out of the chocks, we’re going to look to make it more expeditionary-oriented and move it across the Pacific until it is where our allies and partners see that it could best assist them as well as to assist us.”

He strongly suggested the change is already in the works, however it’s unclear the degree to which Christopher Miller, the new acting defense secretary, is involved or whether the plans will survive the presidential transition.

The ambitious suggestion is seen as yet more evidence the Pentagon is extremely worried over China’s rapidly expanding navy as well as perceived “aggression” in various corners of the globe, including even the Arctic, as Braithwaite specifically alluded to. According to a US Naval Institute transcript, he said at the start of the speech Tuesday:

“The Chinese have shown their aggressiveness around the globe. Having just come from the High North [where he previously served as U.S. Ambassador to Norway], Chinese presence in the Arctic is unprecedented. Most recently I was in a trip to the Far East: every single one of our allies and partners are concerned about how aggressive the Chinese have been. I would argue with anybody that not since the War of 1812 has the United States and our sovereignty been under the kind of pressures that we see today.” 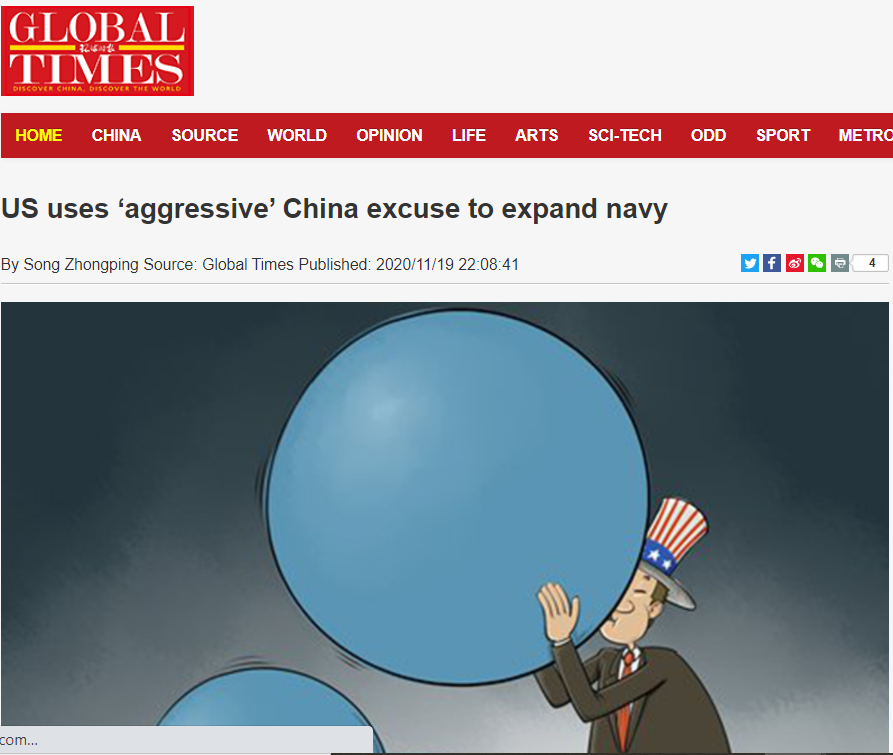 This also as China currently has two aircraft carriers in operation, with a third under construction.

Months ago the Pentagon issued its annual China Military Power report on China’s capabilities, which underscored that “China has already achieved parity with — or even exceeded — the United States in several military modernization areas.” It further noted that “The PRC has the largest navy in the world, with an overall battle force of approximately 350 ships and submarines including over 130 major surface combatants,” the report said. 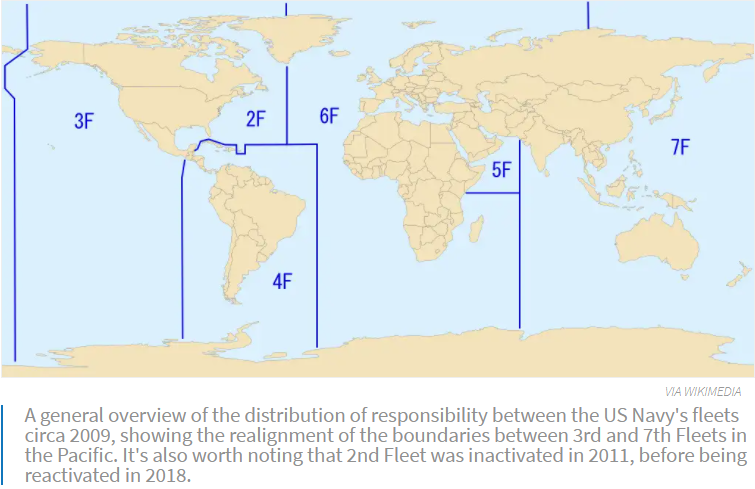 While the number of total ships possessed by the PLA Navy is actually higher than that of the United States, it remains that the US Navy has 21 total aircraft carriers, among these 11 large nuclear-powered fleet carriers, which creates clear maritime superiority also in terms of tonnage. Pentagon leaders have recently sought to assure that China will ultimately “never close the gap” in terms of naval power.

America's Economy Cannot Survive Another Lockdown, And The Cult Of The Reset Knows It

FSU coach Mike Norvell on medical team calling off Clemson game: 'We can't be reckless with this'