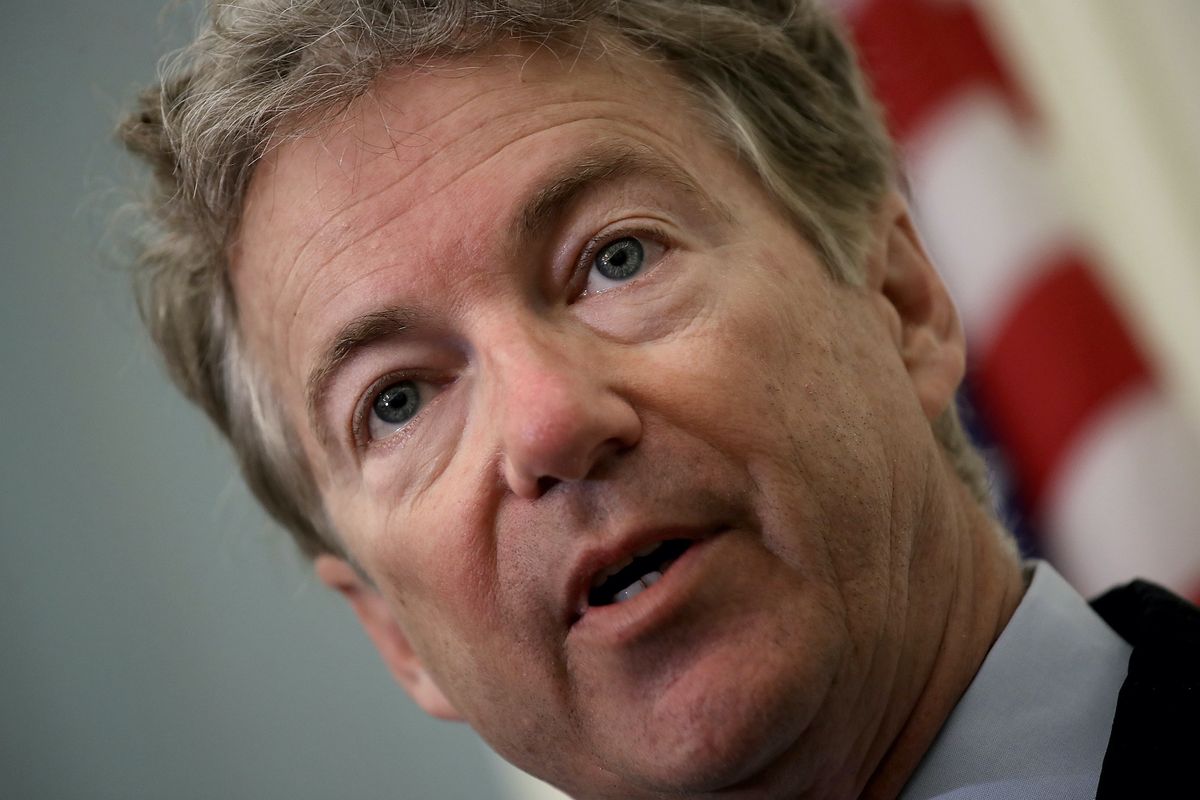 Sen. Rand Paul (R-Ky.) said that there would be no investigation into who might have funded the protesters who attacked him and his wife in August after they left the president’s closing speech at the Republican National Convention.

Paul tweeted that he was informed by the U.S. Attorney in Washington, D.C., of the decision to not pursue the investigation.

The DC U.S. Attorney today confirmed to me that they will not pursue an investigation of who is funding the thugs w… https://t.co/PLBfKPPN4q

“The DC U.S. Attorney today confirmed to me that they will not pursue an investigation of who is funding the thugs who attacked my wife and me and sent a DC police officer to the hospital,” Paul tweeted.

Paul and his wife were leaving the South Lawn of the White House after the president’s closing speech when a mob of protesters surrounded them and threatened them. At one point, they pushed an officer who fell into the senator.

Just got attacked by an angry mob of over 100, one block away from the White House. Thank you to @DCPoliceDept for… https://t.co/K6EPaxYdSS

Paul later said that the mob was demanding that he say the name of Breonna Taylor, the black woman who was shot and killed by police during a raid at her Louisville, Kentucky, apartment in March. He noted with irony that he had authored the bill outlawing the kind of raid that was said to have led to Taylor’s death.

“I’m actually the author of the Breonna Taylor law to end no-knock raids. So the irony is lost on these idiots that they’re trying to kill the person who is actually trying to get rid of no-knock raids,” Paul said during an interview on “Fox & Friends.”

He went on to call for an investigation by the FBI into who might have funded the protesters who attacked him. Paul explained why he believed that the mob of attackers were funded and not simply an organic political demonstration.

“My feeling is there is interstate criminal traffic being paid for across states lines,” said Paul. “They flew here on a plane, they all got fresh new clothes, and they were paid to be here. It is a crime to do that and it needs to be traced.”

Here’s more about the attack on Rand Paul and his wife:

Hawaii Is Riding Out the COVID-19 Storm. But Geographic Isolation Isn't the Blessing it May Seem

Peter Schiff: The Real Villain Is The Fed

Hawaii Is Riding Out the COVID-19 Storm. But Geographic Isolation Isn't the Blessing it May Seem