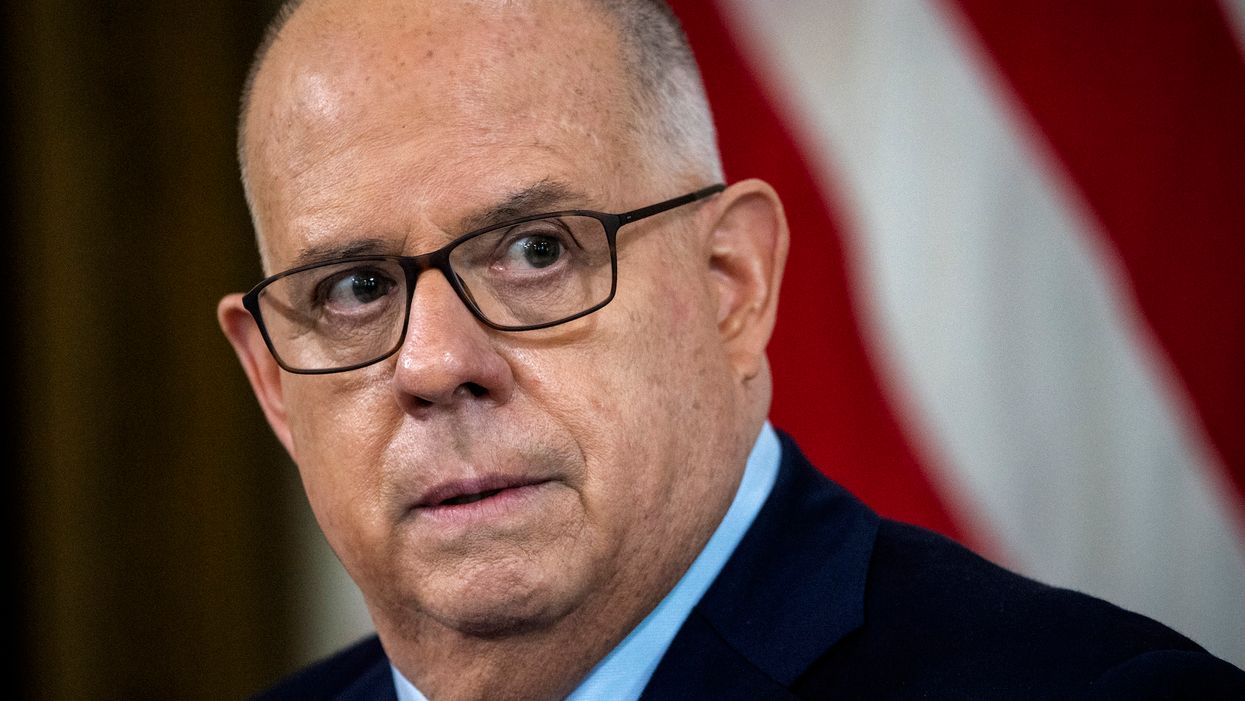 Republican Maryland Gov. Larry Hogan said during a media briefing about the coronavirus that no one had the “constitutional right to walk around without a mask.”

The dubious claim was made by Hogan while he announced further coronavirus pandemic restrictions on Monday.

“We’re talking about a quarter of a million people dying already. You know, more than, you know, the Korean War, the Gulf War and the Vietnam War added together. Which part don’t you understand?” he asked rhetorically.

“There’s no constitutional right to walk around without a mask,” Hogan added, “this is, we did it in 1918, I don’t know why we can’t do it now. Wear the mask.”

Hogan’s comment was circulated on social media by those upset by his claim:

“It’s sort of like saying ‘have a constitutional right… https://t.co/0cTSZwtBWB

The Maryland Department of Health reported that the state had seen 4,293 deaths from coronavirus, and 183,797 positive cases. While the state saw greater hospitalization and positive rate numbers in March, officials were increasing lockdown restrictions in order to avoid another spike.

“It is a very serious problem, and we’re going to keep messaging everybody to take it seriously. The more seriously we take it, the faster we’re going to be able to get it under control,” Hogan said.

The Republican also made headlines when he scolded President Donald Trump on Sunday over a tweet criticizing his pandemic response.

“If you had done your job, America’s governors wouldn’t have been forced to fend for themselves to find tests in the middle of a pandemic, as we successfully did in Maryland,” tweeted Hogan.

“Stop golfing and concede,” he added.

Gov. Mike Parson to Missourians: 'Government has no business' regulating gatherings in homes

Covid: How do you vaccinate a billion people?

FDA gives emergency authorization to most precise coronavirus-antibody test yet

Covid: How do you vaccinate a billion people?