Israeli Prime Minister Benjamin Netanyahu secretly met with Saudi Arabia’s Crown Prince Mohammed bin Salman on Sunday, which would be the first known meeting between senior Israeli and Saudi officials amid a push by the Trump administration to normalize ties between the longtime adversaries, according to A.P. News, citing Hebrew-language media. 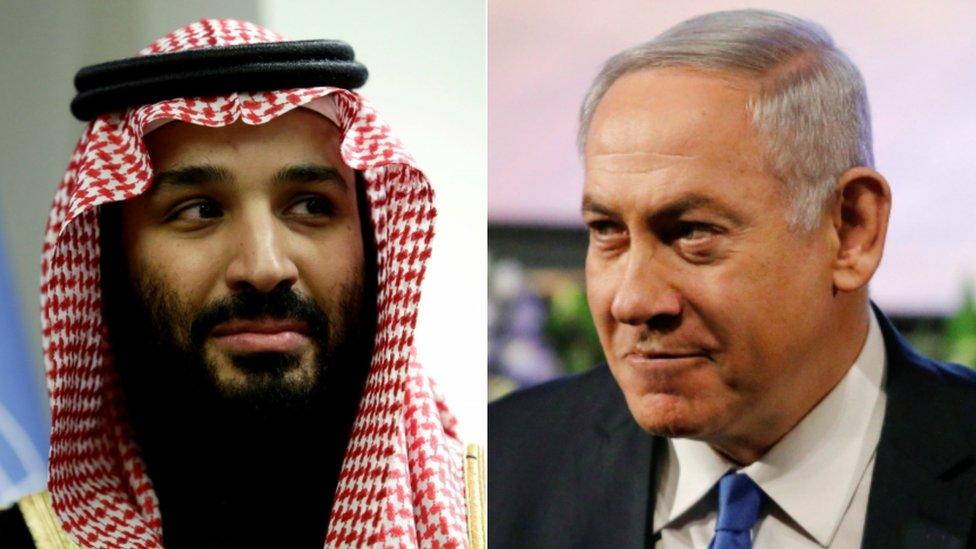 Netanyahu and Yossi Cohen, head of Israel’s Mossad spy agency, took a rare flight to the city of Neom, located in the Tabuk Province of northwestern Saudi Arabia, on Sunday, where they met with the crown prince and U.S. Secretary of State Mike Pompeo.

Sources told WSJ that senior officials from both countries discussed a wide range of issues, including the normalization of ties between both countries, along with other topics concerning Iran – no agreements were reached at the meeting, the sources added.

The meeting, possibly orchestrated by the Trump administration to isolate Iran and advance Israel’s status in the Middle East, could suggest direct diplomatic relations may improve if an agreement is reached and result in a regional realignment, ultimately benefiting the U.S. However, the Saudi government has ignored calls to normalize ties with Israel as long as its conflict with the Palestinians remains unresolved.

In recent months, Israel has already made normalization deals with Bahrain, the United Arab Emirates, and Sudan.

Saudi state media did not report on the meeting.

However, flight tracking data showed an “absolutely rare Israeli flight direct to new Saudi mega-city Neom on Red Sea shore It was Bibi’s ex-fav bizjet t7-cpx. Back to Tel Aviv after 5 hours on the ground,” tweeted the editor of Haaretz.

It was Bibi’s ex-fav bizjet t7-cpx. Back to Tel Aviv after 5 hours on ground pic.twitter.com/Ty9aedYbsK

Normalizing relations between Saudi Arabia and Israel before resolving Palestinian statehood would be a major power shift in the region, upending a decades-old pan-Arab position. As WSJ points out, Saudi Arabia’s king has had disagreements with his son for embracing Israel.

As explained by the Carnegie Endowment for International Peace, formalizing Saudi-Israeli relations would help each country achieve several strategic and military goals:

Saudi Arabia and Israel want to see the United States use its military might to defeat, not just contain, the threat from Iran. They both actively push for an all-encompassing and hard-to-get U.S.-Iran deal that conflates the U.S. priorities of halting Iran’s nuclear program and attacks on U.S. interests with countering Iran’s broader geopolitical expansion across the region.

Israel, Saudi Arabia, and the United States all want Washington to remain actively invested in the fight against terrorism in the Middle East.

So is the rush by the Trump administration to normalize relations with the Israeli-Gulf States a sign that war with Iran is on the horizon?

“The Fraud Was Executed By Many Means”: Sidney Powell Releases Kraken With Dual Lawsuits In Michigan, Georgia

How To Celebrate Thanksgiving Amid Toxic Politics & COVID-19 Lockdowns

The Biden Presidency Already Has Its First Conspiracy Theory: The Great Reset

10 Stocks to Be Thankful for This Thanksgiving

The Biden Presidency Already Has Its First Conspiracy Theory: The Great Reset

Netanyahu welcomes passengers of first flight from UAE to Israel

‘It is premature to speak of deconfinement,’ says French PM, but Covid lockdown starting to pay off