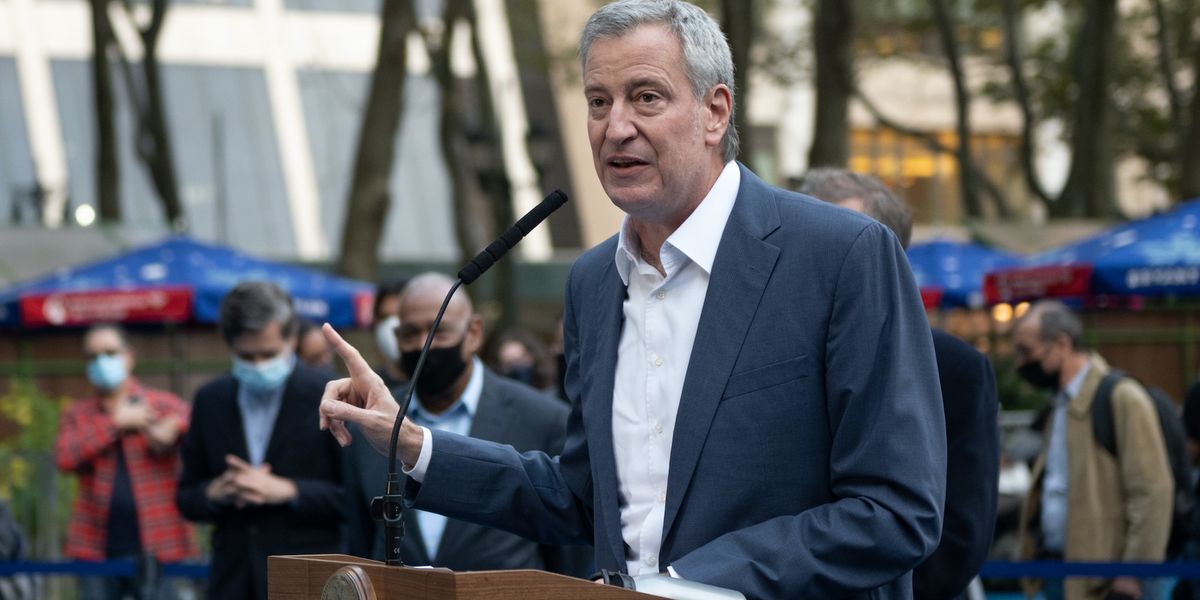 You know, the one that was pulled off earlier this month by organizers who operated by word of mouth only.

The one that really upset Democratic Gov. Andrew Cuomo.

Not only will the house of worship receive a fine, it also faces being forceably closed down if there are any further violations on the premises.

Over the weekend, the Post reported on the secretly held Brooklyn wedding that occurred Nov. 8.

According to the Post, organizers surreptitiously pulled off the wedding that violated COVID-19 directives from the state and the city prohibiting such gatherings during the pandemic by putting nothing on paper and sending no invitations.

Thousands of guests “crammed shoulder to shoulder” into the Yetev Lev temple in Williamsburg, which has a capacity of 7,000 people, for the event, “stomping, dancing and singing at the top of their lungs without a mask in sight,” the Post said.

After the Post’s exposé, Gov. Cuomo blasted the event as “illegal” and “disrespectful” and demanded an investigation.

City Hall told the Post that the city was investigating the wedding.

Now, we have the fallout

De Blasio announced that the city will fine the synagogue $15,000.

“There appeared to be a real effort to conceal it, which is absolutely unacceptable,” de Blasio told NY1, the Post reported. “There will be a summons for $15,000 immediately for that site and there could be additional consequences quite soon as well.”

A reporter pressed Hizzoner on the effectiveness of the city’s enforcement efforts and the announced fine, the paper said.

De Blasio shot back that his administration’s ability to find flouters of COVID-19 mandates has “been very, very consistent,” but he added a caveat: “It’s a big city with more than 8 million people. It’s a huge geography to cover.”

He added that he felt the punishment the synagogue faces will definitely send a message — because it’s more than just a $15,000 fine. The house of worship also has received a cease and desist order, the mayor said.

That means that any violation will get the entire synagogue shuttered.

“But I think the cease and desist order is crucial here,” he said, according to the Post. “From this point on, if there’s any further illegal activity in that building, the building will be closed down. I think that’s a pretty clear deterrent.”