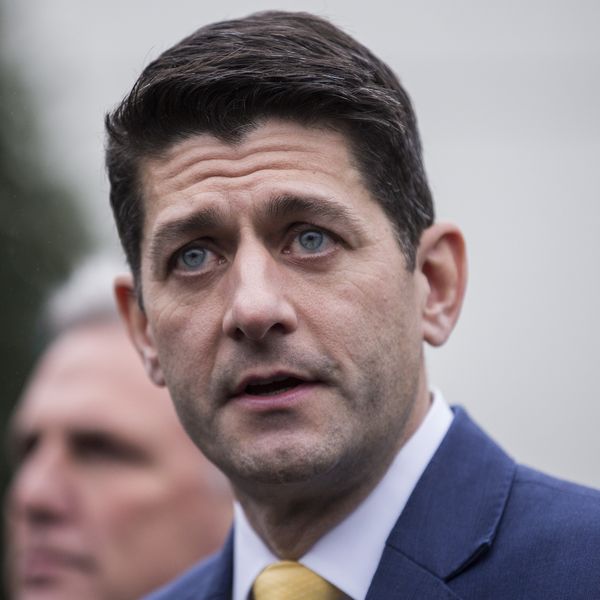 Former Speaker of the House Paul Ryan (R-Wis.) called on President Donald Trump to concede the election and accused his lawyers of spreading “baseless conspiracy theories” without evidence to continue their challenges to the election results.

Ryan made the comments Tuesday while speaking at the Bank of America’s virtual European Credit Conference.

“I think maybe even more important is that these legal challenges to the outcome and the attacks on our voting system really need to stop, in my opinion. The outcome will not be changed, and it will only serve to undermine our faith in our system of government, our faith in our democracy,” said Ryan, according to Politico.

He went on to criticize the president’s legal team for the accusations they made about massive voter fraud in the election.

“I know firsthand what it’s like to lose a national election, and it is a terrible feeling. It is not pleasant, and I know there are a lot of people in this country who are really disappointed,” said Ryan, who was the GOP vice presidential nominee in 2012.

“But I think it’s really important that we’re clear about this, which is the mere fact that the president’s lawyers throw these sort of baseless conspiracy theories out at press conferences but offer no evidence of these in court tells you that there is not the kind of widespread voter fraud or systemic voter fraud that would be required to overturn the outcome of this election,” he added.

In response to the comments from Paul Ryan, Trump campaign adviser Jenna Ellis retweeted a dismissive message from pro-Trump entertainers “Diamond and Silk” and offered her own mockery.

As President Trump would say… Don’t be a cutie pie, Paul Ryan.

“COUNT ALL LEGAL VOTES!” she added.

On Monday, the government office in charge of the presidential transition process sent a letter to former Vice President Joe Biden confirming that the process could begin. Trump tweeted soon afterward and signaled his support for the transition to begin, but added that the legal challenges would continue.


Ingraham: This is where things stand tonight

Kim Jong-Un is reportedly displaying 'excessive anger' over the economic impact of the coronavirus pandemic, ordering the execution of two people

Kim Jong-Un is reportedly displaying 'excessive anger' over the economic impact of the coronavirus pandemic, ordering the execution of two people