The policy idea was put forth to “discourage radicalism”, according to RT. But Mazari didn’t take well to the suggested idea and instead accused Macron of “treating his country’s Muslim population like Jews in Nazi Germany”. 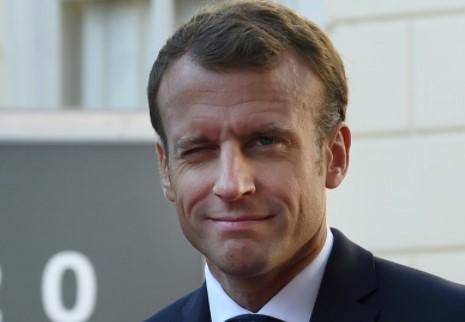 Mazari wrote on Twitter: “Macron is doing to Muslims what the Nazis did to the Jews – Muslim children will get ID numbers (other children won’t) just as Jews were forced to wear the yellow star on their clothing for identification.”

The comments come after legislation submitted by Macron that would give children an ID number to ensure that they are attending school. The proposed legislation would apply to all children in the country, however, not just Muslims. British Labour MP Zarah Sultana also spoke out against the “frightening direction” of Macron’s ideas.

Last week Macron also proposed a package of measures and bills – along with an ultimatum to the French Council of the Muslim Faith – giving them 15 days to work with the government to try and crack down on radicalism.

The Council on American-Islamic Relations has decried Macron’s plans, saying he is trying to “dictate the principles of the Islamic faith,” and calling him “hypocritical and dangerous.”

Inequality And The Gold Standard

Former Overstock.com CEO says he's funding 'a team of hackers and cybersleuths' in an attempt to prove that Trump won the presidential election

Former Overstock.com CEO says he's funding 'a team of hackers and cybersleuths' in an attempt to prove that Trump won the presidential election