Former President Barack Obama still can’t shake his legacy as the “drone president” given he still holds the record for number of ordered covert assassination strikes via drones.

“There were ten times more air strikes in the covert war on terror during President Barack Obama’s presidency than under his predecessor, George W. Bush,” one prior human rights study found. 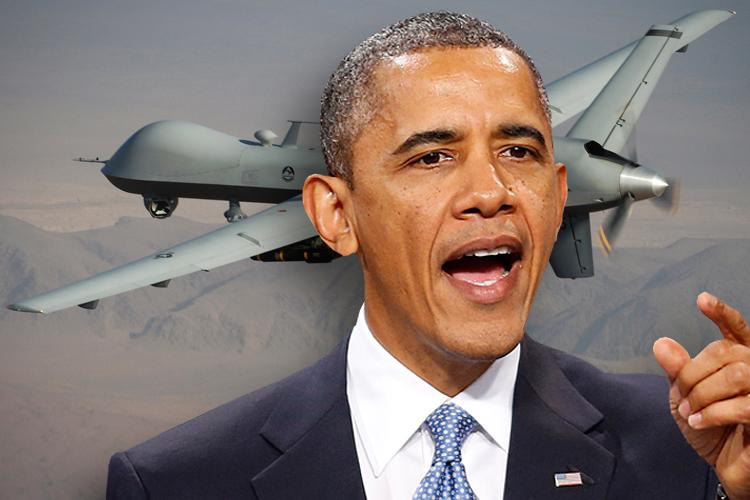 “Obama embraced the US drone program, overseeing more strikes in his first year than Bush carried out during his entire presidency. A total of 563 strikes, largely by drones, targeted Pakistan, Somalia and Yemen during Obama’s two terms, compared to 57 strikes under Bush,” the study said.

This infamously included not only the killing of Yemeni-American citizen Anwar al-Awlaki due to his suspected al-Qaeda links, but also his son, 16-year-old US citizen and Colorado native Abdulrahman Anwar al-Awlaki, by a drone airstrike ordered by Obama on October 14, 2011. The boy was not even suspected of a crime upon his death while he had been casually eating dinner with this friends at a cafe in Yemen.

The Obama administration later claimed the teen’s death was “collateral damage” and despite lawsuits related to the CIA operation, no US official has ever been held accountable for literally assassinating two US citizens without trial or so much as filing official charges.

“The machinery…had me killing them.”

This, from Obama’s memoir, is pretty pathetic from a president who, for example, slashed economic assistance to Iraq and then ramped up military involvement while lying about it. pic.twitter.com/PYI5kTSph7

In his new 768-page memoir out this month, A Promised Land, there’s scant mention of the massively expanded secret drone ‘targeted killing’ program under his watch, however, when it does receive brief attention, it’s merely in passing but is still filled with cringeworthy level of self-justification and rationalization:

“…the machinery I commanded, more often had me killing them instead,” he wrote.

Clearly he and the editor (and his ghostwriters) took pains to twist the limits of grammar and bizarre sentence structure to create as much distance as possible between the former president and owning up to the killings.

Here’s the section in full from the book, where he actually attempts to present himself as the ‘savior’ of those victims he ordered killed:

In places like Yemen and Afghanistan, Pakistan and Iraq, the lives of millions of young men like those three dead Somalis (some of them boys, really, since the oldest pirate was believed to be nineteen) had been warped and stunted by desperation, ignorance, dreams of religious glory, the violence of their surroundings, or the schemes of older men. I wanted somehow to save them—send them to school, give them a trade, drain them of the hate that had been filling their heads. And yet the world they were a part of, and the machinery I commanded, more often had me killing them instead.

Under Obama estimates of the number of victims that were a result of the White House’s secretive “Kill List” often range from 300 to over 500 civilians killed, including over 60 children.

Just looks like Obama’s attempt to build a sentence that says everything except the simple reality: “I killed them.” https://t.co/FT96VRwPlE

But that’s just a snapshot of a few years out his total two terms, and the true numbers remain classified.

The New York Times would report in 2012 that Obama began to designate “all military-age males in a strike zone as combatants, according to several administration officials, unless there is explicit intelligence posthumously proving them innocent.”

So it seems years later Obama’s justification is now essentially ‘the machines did it’.

Or again in his own bizarre and twisted words, “…the machinery I commanded, more often had me killing them instead.”

And let’s not forget, this is the man awarded the 2009 Nobel Peace Prize, and who is still heralded by Liberals as the most enlightened leader this country has ever had.

“Dark Winter” – Millions Of Americans Are Expected To Lose Their Homes

4 minutes: The genius of an irreplaceable Diego Maradona (Part 1 of a 4-Part series)

“Dark Winter” – Millions Of Americans Are Expected To Lose Their Homes

Opinion: Gonzaga makes a bad call, playing despite positive COVID tests: 'I hope nobody gets infected'