As global confirmed COVID cases teeter on the brink of 60 million, millions of Americans are rushing home via planes, trains and automobiles to try and spend the holiday with family (even if this year, the number of seats at the table is much smaller than usual). Just in time for the holiday, the 7-day average of new cases remains at record highs, while hospitalizations have hit a new record, and daily deaths topped 2k yesterday, the largest tally since the spring. 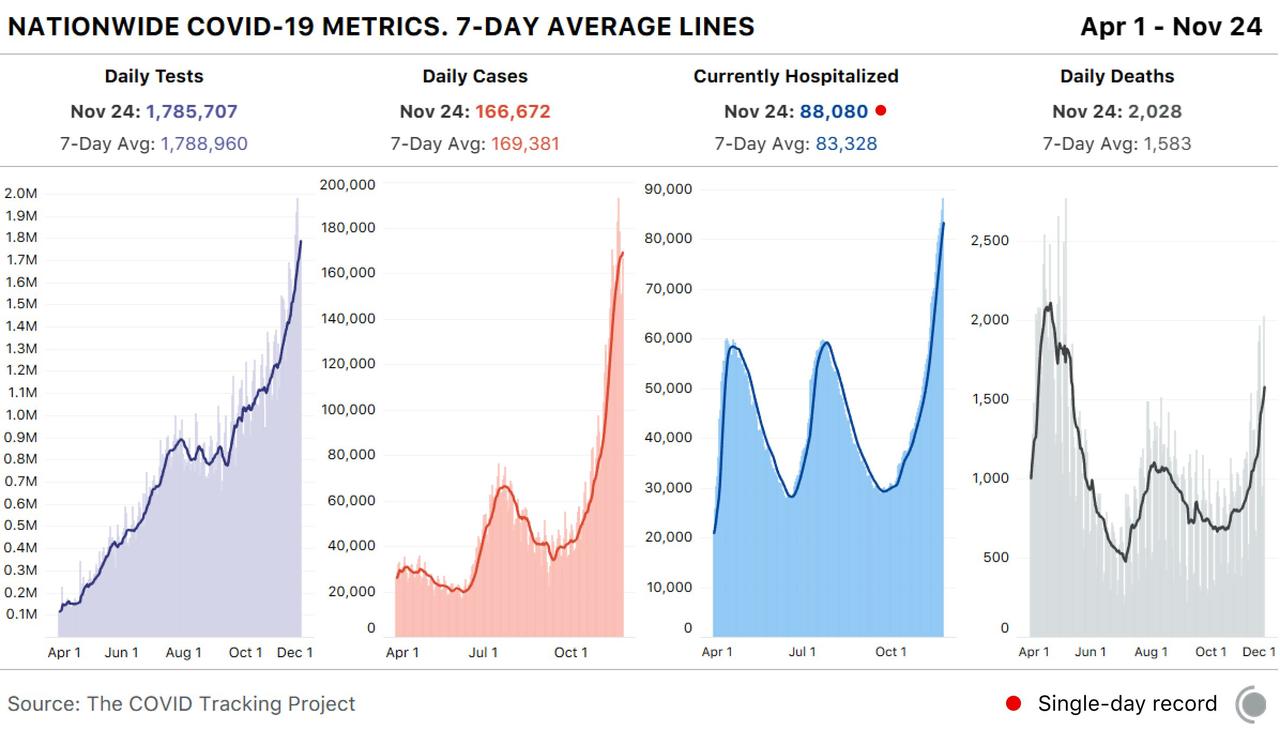 Globally, the number of deaths record yesterday topped 12.75k in just 24 hours, a new record high, as deaths finally start to catch up to increases in case numbers and hospitalizations.

In terms of news, Reuters reported that the US government is considering removing bans on entry into the US for non-citizens who recently visited Brazil, the UK and the EU. While lifting these restrictions could lead to a resurgence in tourism, it’s more likely that it won’t have much of a near-term impact, as most airlines have cut international flights to the bone. Other bans, including on travelers from China and Iran, will remain in place. 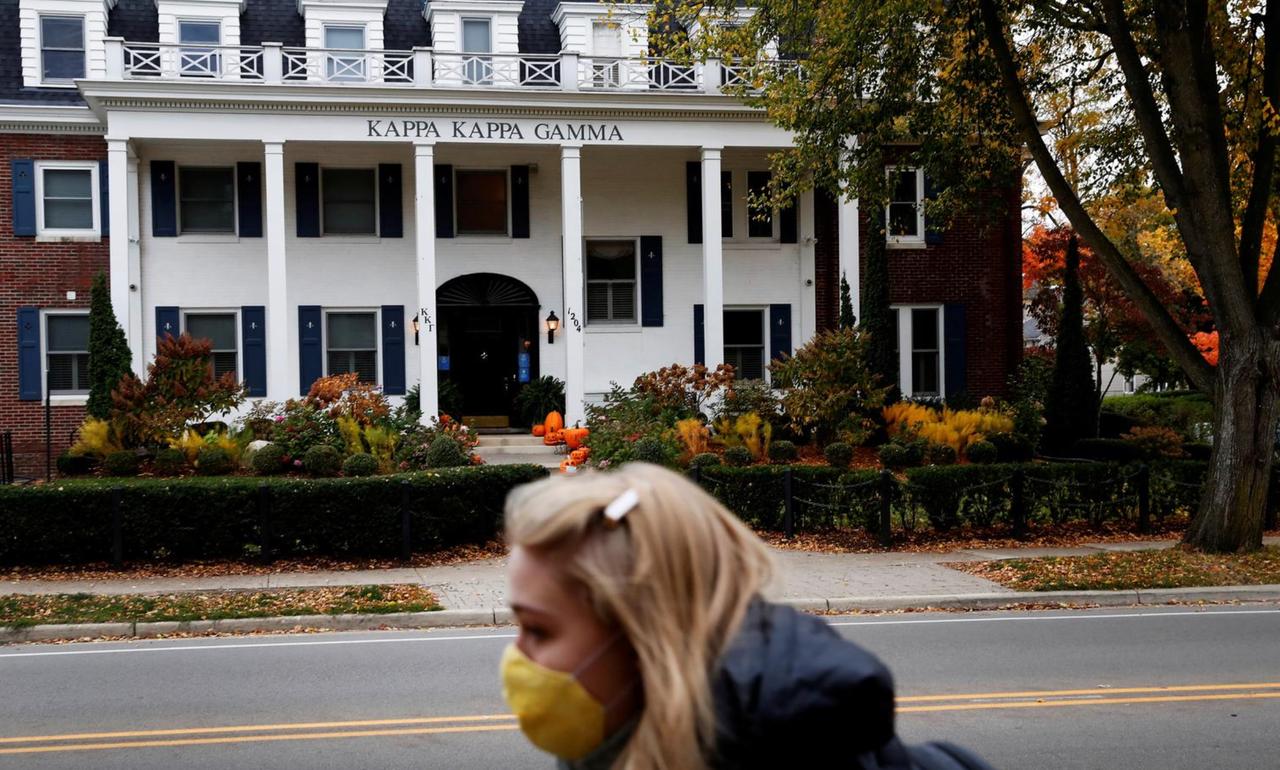 According to Reuters, the plan has received the approval of the White House Coronavirus Task Force. Many administration officials argue the restrictions no longer make sense given that most countries aren’t subject to any travel bans. Officials believe lifting the restrictions could bolster the struggling airline industry, which has seen international travel fall by 70% this year. The Trump Administration infamously dragged its feet before imposing travel restrictions in Europe, though Trump was one of the first leaders to impose restrictions on travelers from China.

Reuters also interviewed family members of college students traveling home for the holiday, some of whom described asking their children to quarantine despite a negative test.

Finally, German Chancellor Angela Merkel proposed tighter restrictions during a Wednesday meeting with regional leaders including suggesting further reduction on the number of customers allowed in shops and tighter measures in schools in certain ‘hotspots’.

Iran reported a new record for daily infections for a second day in a row, pushing the number of total known cases to 894,385. The death toll reached 46,207 with 469 more deaths in the last 24 hours, down from a day earlier (Source: Bloomberg).

The daily death toll in Russia exceeded 500 for the first time as surging infections across the country put increasing strain on hospitals and medical staff complained about a lack of medicines and protective gear (Source: Bloomberg).

Stocks Give Thanks For Fed Liquidity As Dollar, Gold, & Bitcoin Dumped