It’s official. After reportedly entering high-level, late-stage talks, Salesforce, one of the newest members of the Dow 30, has agreed to buy Slack, a former Silicon Valley “unicorn” that IPO’d last year.

Shares of the Slack have surged in after-hours trade on the news, as if the massive surge seen following the initial reports that the two companies were in talks wasn’t enough.

Meanwhile, shares of Salesforce slumped as the company published a press release confirming the deal for $27.7 billion in cash and stock, giving the corporate software giant and popular workplace-communications platform status as one of the top technology deals of the year. 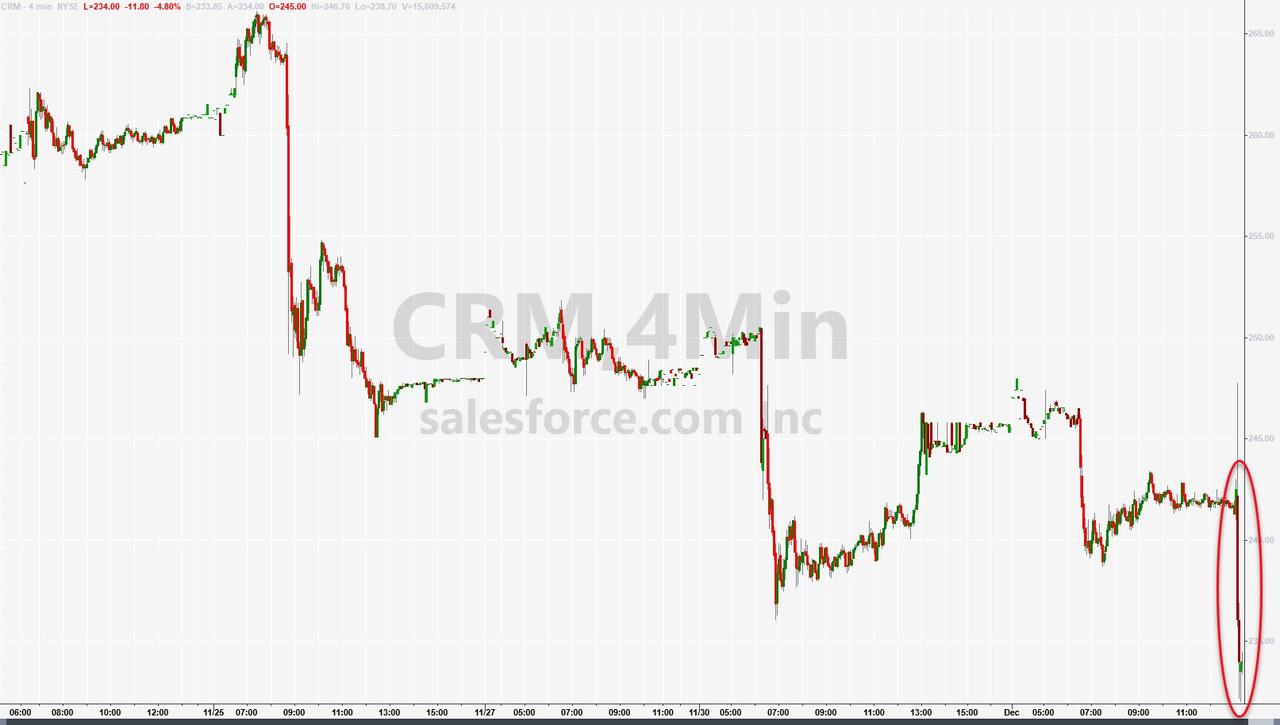 Both companies saw their shares move on the news. 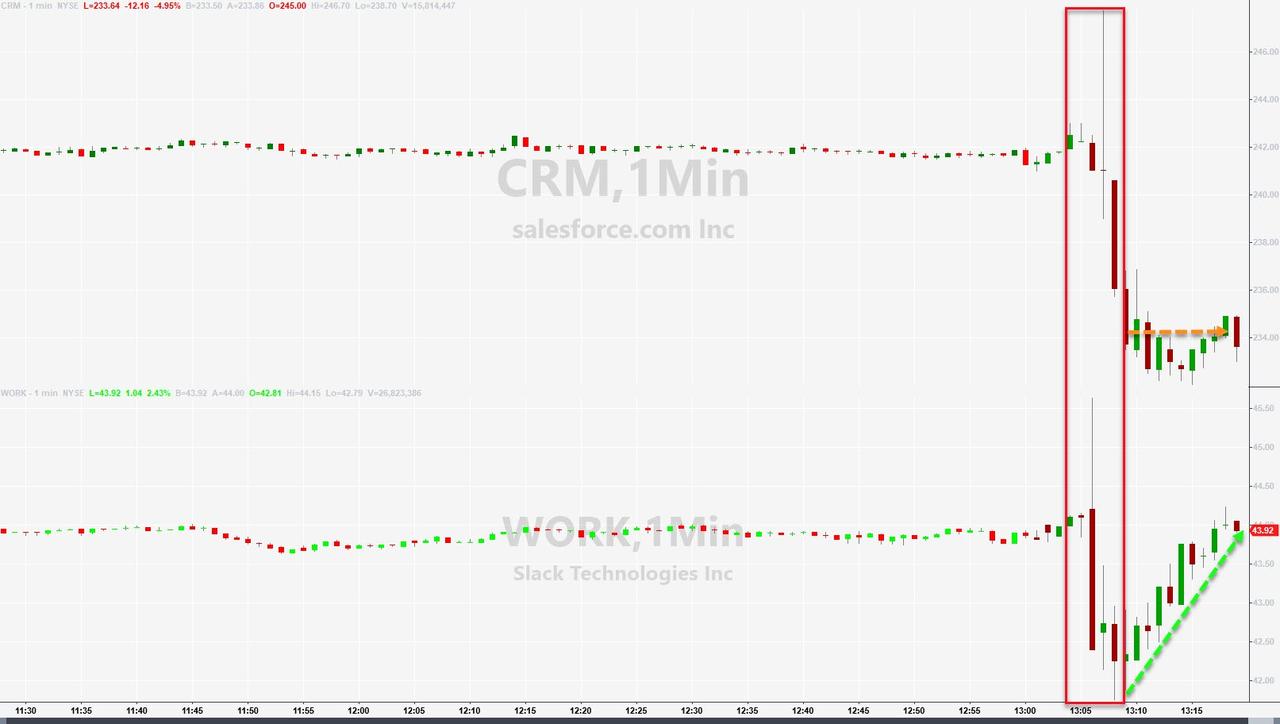 In the press release, Salesforce explains that the acquisition will help the company better serve customers as they “adapt” to a new world where far more employees are working remotely.

“The events of this year have greatly accelerated the move by companies and governments to an all-digital world, where work happens wherever people are – whether they’re in the office, at home or somewhere in between. They need to deliver connected experiences for their customers across every touchpoint and enable their employees to work seamlessly wherever they are.”

The transaction, Salesforce’s largest-ever acquisition, is expected to close in Q2 2022. Slack shareholders will receive $26.78 for each share of the company as well as 0.0776 shares of Salesforce.

“A Recordbreaking Month”: These Were The Best And Worst Performing Assets In November And YTD

2021 Is Already Optimized For Failure

Scale AI hits $3.5B valuation as its turns the AI boom into a venture bonanza

“A Recordbreaking Month”: These Were The Best And Worst Performing Assets In November And YTD

Scale AI hits $3.5B valuation as its turns the AI boom into a venture bonanza